India fast bowler Mohammed Shami on Friday has been charged with attempted murder following his wife Hasin Jahan's complaint. In all, there are seven charges against the cricketer.

Things have got murkier since the wife accusing Shami of multiple extramarital affairs. Shami's elder brother has also been charged with rape.

“My husband’s elder brother, Hasib Ahmad, raped me when I went to my in-laws' place in Uttar Pradesh last year,” said Jahan on Friday morning.

Jahan's lawyer, Zakir Hossain, shed further light on the matter. “I have been informed by Kolkata Police officers over phone that they have slapped non-bailable sections against Shami and starting a case against him,” he said.

Later in the day, Jahan also explained why she took to Facebook and went public. 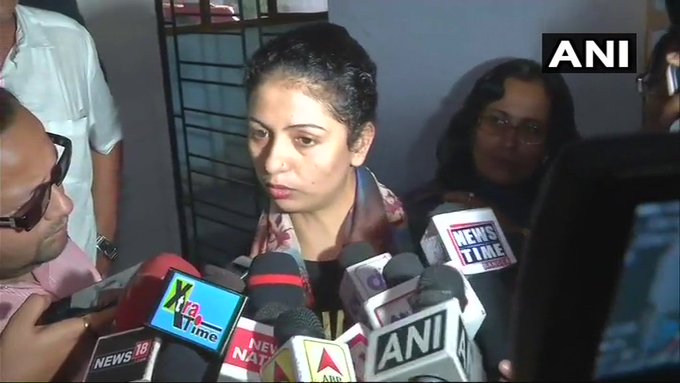 I have not received any help from anyone. So I took to Facebook to speak of my ordeal. Why did Facebook block my account & deleted all the posts without my permission?: Hasin Jahan, wife of cricketer Mohammed Shami

On Thursday, Kolkata Police Joint CP (Crime) Praveen Tripathi had revealed they had received a formal complaint from Jahan.

"We have received a complaint from the cricketer's wife where she has alleged physical and mental torture by him. We are yet to decide on which sections a case can be started," he told reporters.

Following Jahan's allegations, the Board of Control for Cricket in India (BCCI) had also left the 27-year-old bowler out of their contract scheme.

"The BCCI has taken cognisance of all the reports emerging about Mohammed Shami's personal life. It is purely a personal matter and the BCCI has nothing to do with it. However, keeping in mind that the woman in question has met the police commissioner of Kolkata, it is only prudent on BCCI's part to wait for any official inquiry to take place," a board official told the PTI.

Shami, on his part, has denied all allegations against him, saying it was an attempt to derail his cricket career. The fast bowler recently played a vital role in India's Test win against South Africa in Johannesburg.